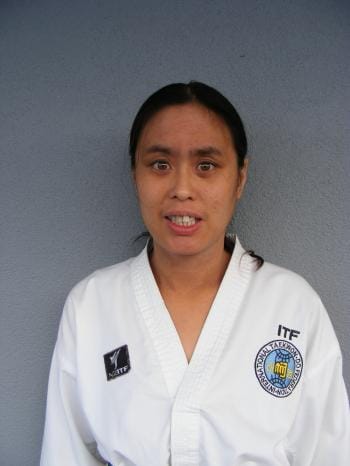 One of Presbyterian Support East Coast’s youngest volunteers, Megan Chui, along with her New Zealand special needs Taekwondo team received a hero’s welcome at Hawke’s Bay Airport on their return from Argentina on Friday.

New Zealand International Taekwondo Hawke’s Bay President, Ben Evans, singled out Megan to media when interviewed, saying “not only did she claim two gold medals, but she also kept an eye on other special needs teammates.”

“Her energy, attitude and encouragement – she was great for team dynamics and held it together so we’re really proud of her,” he told Hawke’s Bay Today.

Megan lives with the Maple Syrup Urine Disease, which means she has to strictly control her protein intake. She says it’s a rare condition where she cannot consume proteins such as eggs.

She has come a long way from not being able to walk as a little girl, needing 24-hour care and numerous hospital admissions.

In the lead up to the games Megan remained positive despite her nerves, and even visualised her success with a gold medal she made herself. Now she has the real one! We are so proud of you Megan!

See her interview with media and articles via the links below: